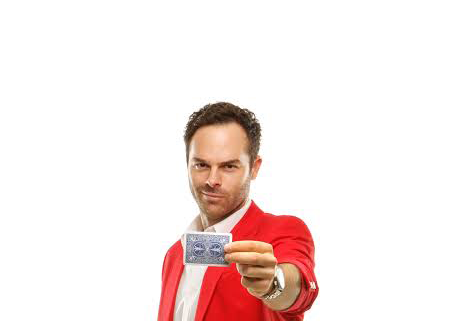 He blends illusion, personality, humour and sleight-of-hand skill to create a unique and memorable experience for his audience.

Mike Tyler is an amazing comedy magician, mentalist and hypnotist who brings new appeal, creativity and a youthful approach to the art of entertainment. He focuses on creating a memorable and engaging experience by combining personality, humour, stage presence, and sleight-of-hand skill.

Mike has performed in over 250 cities across 10 countries, headlining comedy festivals and a run on London’s West End. Over 50 million people have witnessed his primetime TV appearances in Australia, America, Canada, and the UK, including the 2017 season of America’s Got Talent. Despite being based in Brisbane, he is often booked by some of the world’s most successful companies, professional sporting teams, government organisations, and charities.

He is available for roving interactive entertainment as guests arrive or for cocktail functions, as well as feature stage shows performing either magic/mindreading or comedy hypnosis. Considering one of Australia’s favourite magicians and corporate entertainers, Mike is Guaranteed to impress!

Simon Cowell - Judge, America's Got Talent - 2017
Enquire about this speaker