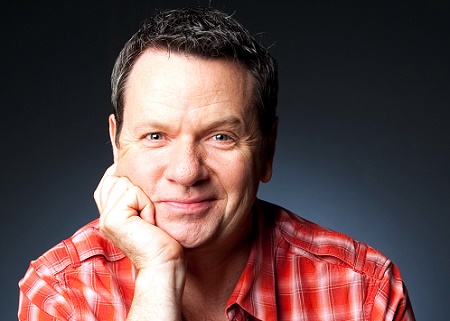 “Managing an event is tricky. It’s my goal to be the least of the event organizer’s problems. Perhaps that’s why 70% of my bookings are for repeat clients. I arrive prepared, fully briefed and yet adaptable to any last minute changes to make the event work perfectly for the client. Despite thirty years’ experience in the corporate market, I treat every event I’m doing as the most important in my career. The stakes are high and that’s where I aim.”

Marty Fields is a versatile, widely experienced MC, comedian and performer – a valuable asset to any event. His excellent work ethic, commitment to quality – combined with his high profile generated by extensive television, film and radio work – make Marty a smart choice for your next corporate event.

COMEDY: Marty Fields is a rapid fire power station of material and one of the big guns on the Australian comedy scene.
Well recognized from his five years on Hey Hey it’s Saturday, 3AW, The Battle of the Sexes, Blankety Blanks or his character Roy Holland on Blue Heelers, as a comedian Marty combines his unique style of humour with a finely tuned sense of propriety and occasion. His attention to detail, charisma and 30+ years involvement in prestigious corporate events makes Marty one of the most sought-after comedians in the country. Always aware of client content sensitivities, Marty performs hilarious risk-free comedy. And for repeat clients, he guarantees all new material, every time. He’s an author, a Herald Sun columnist and a regular presenter on Melbourne radio 3AW. He also stars in the comedy feature Film, “That’s Not My Dog”. The son of comedy icon, Maurie Fields, his humour pedigree is impeccable. In 2005 he was inducted into the Australian Comedy Hall of Fame.

HOST / MC: As an MC, Marty had taken the role to a new level. He is concise, professional and a skilled interviewer and is able to slip into his award winning comedy material and back again without disrupting the flow of the occasion or the mood of the moment. Over the last two decades he has continued to dominate the corporate MC and conference scene, because he knows when to be funny, and when to get on with business. His finely tuned sense of propriety and strong business background has made him invaluable to companies looking to put their events in the hands of a reliable MC who knows how to point delegates in the right direction.

MUSICIAN/VOCALIST: As a vocalist and musician, Marty has been performing professionally for four decades, seamlessly combining his piano skills and vocals into his MC roles or a stand-alone spot when the event requires something musical.

CORPORATE TRIVIA: Marty is able to provide a sensational night of trivia, including the unique ability to make one of the rounds completely musical, using a keyboard to sing and play the clues. This is combined with his award winning comedy.

Discover what other’s say about Marty

“When entertaining important & valued clients essential to the development of your company, the difference between a good evening and a great evening can often be the X factor. On this front, Marty Fields delivers in spades with a meticulous and hassle free approach to his craft. Marty’s approach both behind the scenes and on stage is flawless, and he should be an immediate inclusion for any corporate organisation requiring a top class comedic point of difference.”

“You are to be congratulated on your skill with the audience. With your masterful MC work and your remarkable comedy that seemed to come out of nowhere, everyone at Coke is saying it was our ‘best ever event’.”