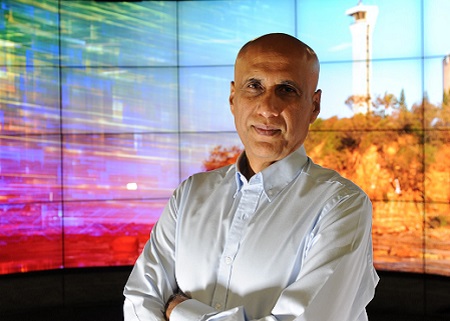 “Using the future to disrupt today”

Professor Sohail Inayatullah is the UNESCO Chair in Futures Studies. He is a political scientist/futurist at Tamkang University, Taipei; an Associate at the Melbourne Business School, the University of Melbourne; and Adjunct Professor at the University of the Sunshine Coast, Australia. From 2011-2014, he was Adjunct Professor at the Centre for policing, counter-terrorism and intelligence, Macquarie University, Sydney. From 1981-1990, he coordinated the futures research program at the Hawaii Judiciary.

Inayatullah has authored and co-edited twenty-four books/cdroms, including: Asia 2038 (2018); Transformation 2050 (2018); What Works: Case Studies in the Practice of Foresight (winner of the most significant work for 2016, the Association of Professional Futurists); and, CLA 2.0 (2015): Transformative Research in Theory and Practice (2015). Inayatullah has written more than 350 journal articles, book chapters, encyclopaedia entries and magazine editorials. His articles have been translated into a variety of languages, including Catalan, Spanish, Urdu, Hindi, Bengali, Italian, Japanese, Russian, Indonesian, Farsi, Arabic, and Mandarin.

In the past three years, among other groups, Inayatullah has addressed or conducted foresight workshops for the Food and Agriculture Organization, Rome; Joint Research Centre, European Commission, Brussels; INTERPOL, Singapore; Beyond Storytelling, Hamburg; OIC and COMSATS, Kuala Lumpur;  Australia Federal Police, Canberra plus many more.

Discover what other’s say about Sohail

“Your interaction with the youth stream of the 2007 Asia Pacific Cities Summit was as stimulation and inspiring as your work at the World Technopolis Association Conference in 2006. Your participation was highly valued and I thank you once again for your contribution.”

“I’d like to thank you most sincerely on behalf of Boeing Australia Limited Leadership team for making the time to deliver your speech at our forum held at Hyatt Coolum Resort.

In particular, I would like to thank you for the time you obviously invested beforehand in thinking about and preparing your contributions. Your slides and content was most insightful.”