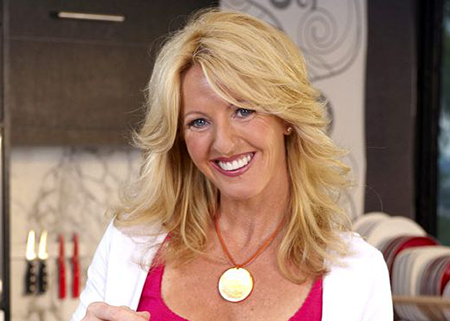 “Surround yourself with people who are really good and really passionate about what they do regardless of what it is… positivity and passion make a powerful combination.”

One of Australia’s most successful authors, Rachael’s time management and effective goal setting strategies have led her to become a popular trainer and mentor to women in six countries, as well as one of the country’s most inspiring keynote speakers.

Rachael Bermingham is one of the countries most successful authors having written 10 best selling books including Read My Lips, Savvy, 4 Ingredients, How to Write Your Book and How to Market Your Book with sales in excess of 7 million copies.

Rachael is a successful business woman gracefully juggling her mentoring, writing, speaking and her own book production company while raising her 3 little boys. Her speciality is in building businesses from nothing to something.

Rachael consistently explores, learns, drives and challenges herself with her ‘have a go at anything’ attitude. Not only is she one of the countries most successful Authors, she was also among 3 women in Australia who were trained to feed sharks!

Rachael has run marathons (while pushing her twins in a pram) and been in the top fastest athletes to complete the gruelling 22km Tough Mudder obstacle challenge. She has held fundraisers and jumped out of planes in the name of charity.

Rachael has been a women’s mentor for over 12 years and has helped women in 6 different countries to grow their businesses from nothing to highly successful businesses with some women turning over millions of dollars within a year of being mentored by her.

Discover what other’s say about Rachael

‘Rachael’s vibrant and captivating personality shines through when presenting her passion subjects. With a mix of valuable information, credible experience, humour and authenticity, Rachael captivated and inspired our members to take positive steps towards exploring their creative expression. We will certainly be booking her again. Top level presenter.’

“We thoroughly enjoyed hearing Rachael’s story, she truly is a natural, inspiring and delightful speaker — an obviously wonderful lady with a brilliant sense of humour!”