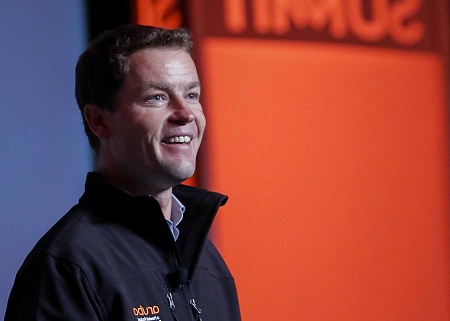 “To create ripples through words, thoughts, wisdom and actions.”

Rex is one of few people in the world to reach the peak of their sport in multiple disciplines, not just one. He holds multiple world records across a wide platform of extreme sports, from mountain climbing to base jumping and wing suit flying.

At the age of 21, Rex made history by becoming the youngest Australian to climb Mt Everest. He then went on to climb the highest mountain on each of the seven continents, the famous 7 summits.

The next chapter of Rex’s evolution occurred high above the clouds, as he took up skydiving, and then transitioned to wingsuit flying. Transforming from being an expert in one sport to a beginner in another is a significant challenge. Despite the odds, Rex rose to the top of the wingsuit world and now competes at the world championships. Keys to Rex’s success were his passion, his intense focus and being very particular about managing risk.

In such a competitive landscape it’s hard to differentiate, so Rex knew he had to evolve and think outside of the box. As a result, Rex put together a team to create something completely unique. Alongside a dedicated team of innovators Rex designed, built and test flew the X-wing. The X-wing is a one of the kind carbon fiber wingsuit powered by four small jet engines. The wing allows Rex to sustain flight just like an aircraft. Rex and his team are now at the cutting edge of human flight technology and continually evolving into the future.

He evolves constantly, working with and leading high performance teams, balancing risk with reward and working with partners across the globe.

Discover what other’s say about Rex

““Rex? Simply Exceptional. The best keynote I have ever attended.”

“Thank you for your facilitation help creating the vision. Without your ideas and process we would not have built as compelling a vision, nor the grass roots support for it. It is truly what is keeping the function focused and on track during tough times.”