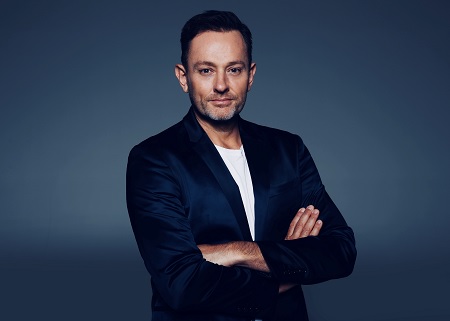 Mike Goldman is one of Australia’s best known TV personalities with weekly Sunrise and Morning show regular on Channel 7 & over 1000 hours of live national TV.

The only person who has worked on every Big Brother series from 2001 – 2013 Sydney MC Mike Goldman is a household name. Channel 7 host of 2018 Commonwealth Games Facebook Studio like and Current court-side MC of The Sydney Kings basketball team. You can also watch and listen to Mikes chat show on over 30 platforms worldwide including iTunes, Spotify, Tune In Radio, I Heart Radio, Apple Podcasts and many more. As an actor he has up coming roles in A Place To Call Home and feature Film Robot 4. He is also the founder of the Sanctuary FilmFestival  that has been running for over 4 years.

Voice of documentary series on Nat Geo, Discovery networks and Mike has also been the voice and sometimes face of Rebel sport for over 20 years.

Mike is the owner of live broadcast company  EverythingLive.com and as a keynote speaker can talk about the changing face of radio television and the internet. His company can even shoot and broadcast your event or product launch.

If you need a host to add humour and excitement to your next event Ra Ra Agency highly recommends Mike Goldman.

“Mike has been an ambassador for our company for two years now. He hosts our major events around Australia and his company EverythingLive.com regularly shoots content for us. I would highly recommend him to anyone wishing to utilise his brilliant services.”