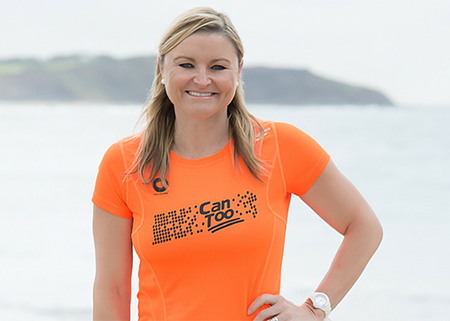 As a corporate guest speaker Melinda is engaging and insightful as she shares both the highs and lows of her career. Providing the listener with inspiration to deal with their own challenges in life.

Melinda began running with Little Athletics in her hometown of Narromine in Central Western NSW at the age of 9 where she was discovered by coach, Jackie Byrnes.

To progress with her athletics, Mel moved to Sydney and went to boarding school at St. Vincent’s in Potts Point. Injuries plagued her early years in Sydney, but helped develop a steely determination that would later help stamp the young sprinter as the country’s premier female sprint star. With the constant support and belief of her coach, Melinda was ranked number 1 in the world at age 14 for the 100m.

She has come a long way since age 14. The highlights of Melinda’s magnificent athletic achievements are;

Melinda ran her first half marathon on the Gold Coast in July 2011. But most importantly Melinda’s biggest achievement has been becoming the mother of two beautiful children, Nicholas and Gabriella and lives on Sydney’s Northern Beaches with husband Mark Taylor.

Discover what other’s say about Melinda

“I can only speak highly of Melinda Gainsford-Taylor as a person, a speaker and as a workshop presenter. She is entirely professional, but natural and grounded in her approach. Melinda was an absolute ‘hit’ at our recent Small School’s Conference – her knowledge, content, skills, personality and general approach were outstanding!”

“Melinda has a remarkable ability to command a room with her story of hard work and sheer determination to become a champion in her chosen field and a much-loved media personality. She makes you feel like you were there with her through all the highlights and disappointments – a true champion in her career and spirit.”