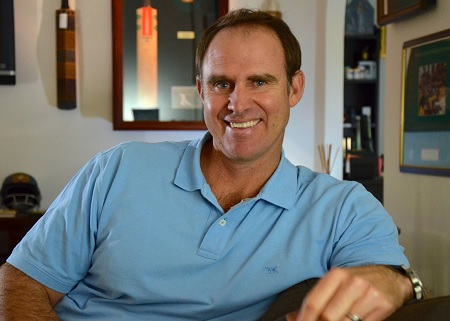 “I relished that performance element, whether it was as a batsman, fielder or bowler and clearly remember the day I made one of my hundreds at the Boxing Day test in Melbourne when Ritchie Benaud, then commentating said, “Matthew Hayden, take a bow!’. And I did! Right in front of 30,000 fans in Bay 13!”

Matthew considers himself really privileged to enjoy public engagements and has always seen such occasions as an opportunity to broaden his connections whilst at the same time deliver a positive and candid message which accurately represent the core values of his life.

Discover more about Matthew Hayden AM

As a professional cricketer, Matthew embraced the ambassadorial role required of him during the early days. His profile gave him a wonderful opportunity to talk to a multiple cross section of people and organisations, from major corporate Australians and sponsors of Queensland & Australian Cricket to various broadcast and publication platforms along with passionate fans. A strong sense of duty helped him cement his communication skill sets along with forging terrific long term and dynamic relationships all around the world. As a general communication mantra the subjects may be different but the objective is always the same; radiate a positive, playful and respectful message centred on having fun.

One of the most decorated opening batsmen in cricket history, Matthew Hayden retired on 13 January 2009 as the greatest batsman Queensland has ever produced and one of the world’s finest ever openers. He is also a committed family man, passionate about community development & his humanitarian endeavours, & a businessman embracing his core values & beliefs in the establishment of The Hayden Way.

Having begun his career in cricket at an early age facing off against his brother Gary on a homemade turf pitch on the family farm, Matthew progressed through the junior ranks to play for Australia for the first time at age 21. He played 103 Tests for Australia spanning 15 years & was rated by Wisden, the game’s bible, as the best Test batsman of the decade spanning 1996-2006.

Matthew’s list of achievements during his cricket career are nothing less than astounding.

Discover what other’s say about Matthew

“His very friendly casual style made him an absolute sensation at our dinner!”

“A powerful motivational speaker and a remarkable Ambassador for Ronald McDonald House.”