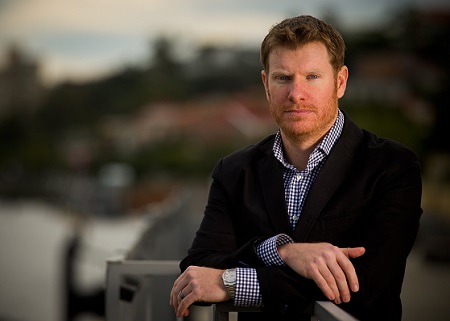 “Compromising your personal ethos and core values is the easy option, stand up for and chase what you believe”

Corporal Dan Keighran is the third Victoria Cross for Australia recipient and the first soldier from the Royal Australian Regiment to be awarded a Victoria Cross.

It was on 24 August 2010, during his second Afghanistan deployment, Dan Keighran was part of an Afghan and Australian fighting patrol engaged by a numerically superior and coordinated enemy force near the village of Derapet – (De Ra Pet) Uruzgan (Aw Ruz Gaan) province, Afghanistan. For his actions on this day, Corporal Keighran was subsequently awarded the Victoria Cross for Australia.

Corporal Keighran was a member of a partnered fighting patrol with soldiers of the Afghan National Army which was engaged by a numerically superior and coordinated enemy attack from multiple firing points in three separate locations.

In the early stages of the attack, and upon realising that the forward elements of the patrol needed effective fire support, Corporal Keighran and another patrol member moved under sustained and accurate enemy fire to an exposed ridgeline to identify enemy locations and direct the return fire of both Australian and Afghan machine guns. On reaching this position and with complete disregard for his own wellbeing, Corporal Keighran deliberately drew enemy fire by leaving the limited cover he had and moved over the ridgeline in order to positively identify targets for the machine gunners of the combined patrol as well as the Australian Light Armoured Vehicles in fire support. His actions resulted in the effective suppression of enemy firing points, which assisted in turning the fight in the favour of the combined patrol.

When his patrol sustained an Australian casualty, Corporal Keighran with complete disregard for his own safety, left his position of cover on the ridgeline to deliberately draw fire away from the team treating the casualty. Corporal Keighran remained exposed and under heavy fire while traversing the ridgeline, in order to direct suppressing fire and then assist in the clearance of the landing zone to enable evacuation of the casualty.

Corporal Keighran’s acts of the most conspicuous gallantry to repeatedly exposed himself to accurate and intense enemy fire, thereby placing himself in grave danger, ultimately enabled the identification and suppression of enemy firing positions by both Australian and Afghan fire support elements. These deliberate acts of exceptional courage in circumstances of great peril were instrumental in permitting the withdrawal of the combined Australian and Afghan patrol with no further casualties.

Dan discharged from fulltime service with the Australian Army in 2011 to embark on a career within the mining industry as an underground blaster. During this period, he continued to serve the Army Reserves being posted to the 11th/28th Battalion, Royal Western Australia Regiment.

In 2015, Dan and his wife Kathryn – A Redcliffe local having attended Humpybong State School and Southern Cross Catholic College – returned to their home state of Queensland and just recently, Dan attended Villers-Bretonneux where he took part in the commemorations for Anzac Day.

Discover what other’s say about Daniel

“Daniel was incredible. Everyone was so amazed by him and his speech. Also such a nice guy to have. So relax and happy just to go with the flow.”

“Daniel Keighran is an outstanding and inspirational speaker. His recent keynote address to CEO’s and Executive’s from across the Sydney Business Community delivered a compelling and insightful journey covering his early childhood growing up in rural Queensland to the battle in Afghanistan where he was awarded the VC. His story is one of inspiration and bravery displaying gallantry above and beyond the call of duty. You could have heard a pin drop in the room during his entire keynote address. Every guest left the room acknowledging how privileged they felt being a part of this special keynote address.”