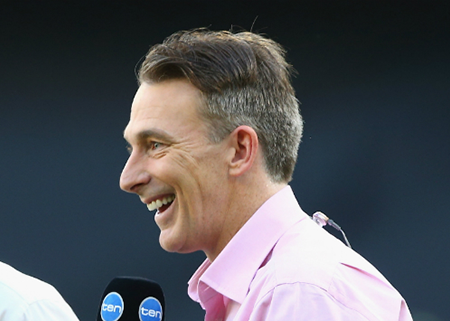 “I always wanted to bowl the last over of an ODI!”

Damien’s presentations draw on his cricket career experiences, from the great highs of playing in a hugely successful team who rose to be the dominant team in the world.

‘Bowlology’ – The science of maximizing the physical, mental and emotional capabilities of a bowler. A program built through the study and observation and experience of an injury-prone slightly delusional former Australian fast bowler.

‘Bowlologist’ Damien is a refreshing and entertaining speaker, drawing on his years playing Test Cricket for Australia and working in a strong team environment. During his presentations, he weaves humorous anecdotes together with strong motivational and leadership messages which easily translate into business and personal situations.

A right armer renowned for his steadiness and reliability at the bowling crease Damien was also a key member of Australia’s one-day international team, playing 88 matches (including the 1999 World Cup victory) with 134 wickets at an average of 25.38. He will also be remembered for his composed bowling in the final overs of World Cup semi-finals in 1996 and 1999 against the West Indies and Pakistan respectively.

The only Australia to take a hat-trick in a test debut in 1994-95 against Pakistan, Damien Fleming went on to play 20 Test Matches for Australia.

Today, Damien is a well-known media commentator, hosting cricket programs on Fox Sports, SEN and commentary stints on ABC radio’s cricket and football programs. He also writes a regular column for Inside Edge magazine and is a current leadership and skills consultant for the Australian Cricket Academy.

Damien’s presentations draw on his cricket career experiences, from the great highs of playing in a hugely successful team who rose to be the dominant team in the world with great preparation, amazing leadership, planning and teamwork, to his own self-coaching from battling to overcome injuries to be the best player he could, performing under the pressures of international cricket.