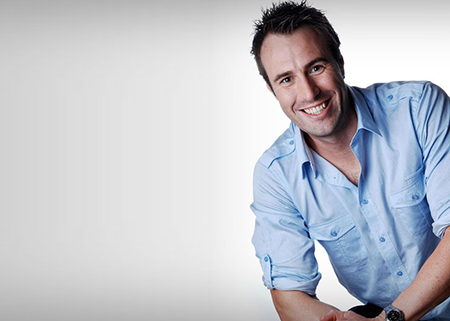 “When I was a child, I was told I could be anyone I wanted. So I became everybody!”

Ben’s material is very clean and can adapt to any organisation or event.  He is a versatile talent who can appear in character if requested, or perform MC work as himself, while incorporating many characters into a routine.

Australia’s Best Impersonator, comedian Ben Price has his audiences rolling in the aisles with his spot on impersonations of personalities such as Arnold Schwarzenegger, Donald Trump, Owen Wilson, Homer Simpson or Dr Phil.

A national talent at an international level, Ben has performed all over the world bringing his 200+ voices. He was a Grand Finalist on Australia’s Got Talent in 2011 and he’s been on The Today Show several times, Good Morning Washington, Good Morning Texas, Kid’s WB and CT Style and many more.

Ben has featured in 4 movies. Audacity (2015), At Least Once (2017), Christmas Gone Viral (2017) and provided 3 character voices for the upcoming 3D animated feature, The Pilgrims Progress (Scheduled for release in 2018).

Discovering his talent for impersonating voices at the age of 10, Ben used his amazing talent to entertain classmates and pull pranks. Since starting out he has developed an impressive repertoire of over 200 character voices, including Dr Phil, Donald Trump, Liam Neeson, Robert DeNiro, Morgan Freeman, Sean Connery, John Cleese, Barack Obama, Tom Cruise, Donkey, Shrek, Homer Simpson and many more.  His impersonations are exact in sound, and in full costume and make-up, Ben can also look the part, mimicking his subject’s exact mannerisms.

“Ben Price is a rare talent who combines spot-on impersonations of dozens of celebrities with some great, hilarious, but clean comedy that audiences of all ages can relate to.  He is a joy to work with, and our TV audience and studio audience LOVED him.  We all wanted more!”

“Ben Price was a pleasure to have as both our guest entertainment and MC for our Gala Dinner. He has the ability to create large amounts of laughter with good clean entertainment. Ben’s performance made you feel like there was a large number of performers based on his accurate portrayal of many personalities by his impersonations.”