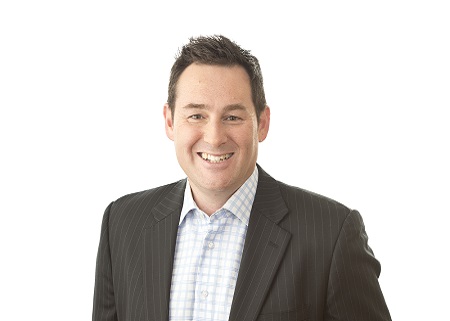 Ben Davis is a born and bred Brisbane media professional.

He has been a familiar face in Brisbane for the last 20 years as a well-known and respected Sports reporter, commentator and presenter.
During his time with Channel 7 Ben travelled the world covering some of the largest sporting events and was an integral part of the success of the 6pm 7 News team.

In 2014 Ben decided to transfers his skills from the world of television to radio to utilise the years of experience he had gained from working with some of the countries most respected journalists. Ben now presents Brisbane Live on 4BC.

Ben keeps you up to date on what’s happening now in your city from 3-6pm weekdays.

Brisbane Live is a natural fit for Ben as his genuine warmth and intuitive nature allows him to explore the stories that matter to you. Ben asks the questions that matter on the issues that affect our community.

As a family man, Ben can relate to his listeners on a range of issues, having a daughter with Type 1 Diabetes he is a passionate supporter and plays an active role in trying to fund raise and build awareness to find a cure.